If you haven’t yet, be sure to check out Part 1 of this guide, and try out the Knight, King, Sage personality quiz. The information we’re about to cover will make much more sense if you do.

We know there’s a lot of information between this two-part guide, so we also made a “Knight, King, Sage” cheat sheet for you to download below.

Now let’s get to it!

We’re going to explore each category below as if they were your key mindset, but keep in mind that all the information still applies if they’re your supporting mindset too. 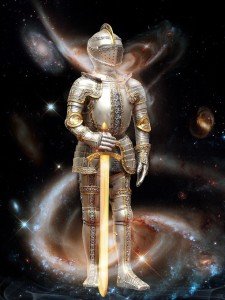 Knights are very passionate people. As a result, they are often some of the most inspiring people you’ll ever meet. They naturally take action, as their passion gives them a strong sense of conviction and determination.

Knights are most passionate about their “cause.” A cause can be just about anything, but is usually extensively tied to who they are as a person. To identify a knight’s cause is to identify a huge part of who they are. Consequently, to fully accept a knight is to fully accept their cause as well. It’s by far one of their main sources of motivation and drive.

When a knight is committed to something, they won’t budge. They will fight, work, and put their heart and soul behind whatever it is they are committed to. Even if the journey gets tough or overwhelming, the knight will continue to stand by their commitment. That’s not to say they lack the ability to change if they are given good reason to, it just means they have a fantastic ability to “stay on course.”

A more mature knight, both mentally and emotionally, will understand when to use their great passion and act, or when to hold back and be patient. On the flipside, a knight who’s not as mature will lack this timing, coming across hot-headed, “trigger happy,” and reckless.

Knights naturally notice the fine details of life! This makes them very present and engaging people. Combined with their passion, it’s no surprise they can be so inspiring and motivated.

Now, you don’t have to be the life of the party to be considered a knight. There are many different depths to a knight’s natural charisma. However, in the right circumstances, they will find that they make great communicators and conversationalists. With all that attention to detail, there’s always something to talk about! Through all their passion and excitement, you may notice a knight’s tendency to speak quickly and emphatically.

Though a knight will recognize when they’re afraid, uncertain, or hesitant, they’ll still often take on whatever task they’re presented with an attempt to overcome. Most people can recognize the knights in their life as some of the bravest people they know. 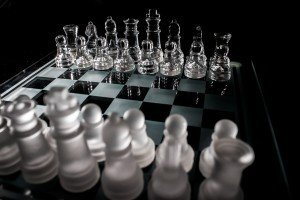 A king’s natural ability to see life tactically is incredible. As a result, these can be some of the most flexible people you might meet, depending on each king’s adaptability. Kings are very gifted at responding to new information and situations that come up, always working them into some kind of plan.

A king’s plan is usually very specific and efficient! Not to mention, they usually have multiple plans prepared, adding to their tactical nature. Backup plans B, C, and D are always standing by, waiting to be used if necessary.

Being around a king often makes you feel very safe and secure. Their tactical nature and preparation helps life unfold in as smooth a way as possible for those close to them. This is especially comforting to other knights and sages, as it helps them focus on their natural skill sets more effectively.

Part of what allows a king to plan so efficiently is their ability to notice the “big picture.” Seeing how different sides of a problem, situation, goal, etc. works, allows for easy planning. And seeing how Point B works in relation to Point A, allows them to determine the most efficient way to reach B from A.

As a result of all their calculations, sometimes kings can come across standoffish depending upon who you ask. But this isn’t meant maliciously! Often times a king is just deep in thought, preoccupied with all their tactics and plans. The more a king is aware of this potential quality, the more they can watch out for it.

Because the big picture comes easy for a king, they do have a tendency to become preoccupied with the future. While this is very beneficial to planning, it can limit a king’s ability to fully understand the past or take action in the present. A harmony must be found if a king is to truly excel.

Kings are natural leaders, though some can demonstrate their leadership in quieter ways. This can range from larger groups of people (like a country) or smaller ones (like a group of close friends or colleagues). When identifying a king by their leadership abilities, try not to confuse leadership with taking charge of a situation. Taking charge is often times a knight passionately taking action.

A more mature king, both mentally and emotionally, is able to handle the power and responsibility of leadership with a sense of duty, respect, and honor, whereas an immature king risks being self-absorbed and manipulative.

As a result, kings often have a deep sense of morality when it comes to power and leadership, making their respect for authority, particularly other kings, hard-earned. Once that respect is earned though, it serves as a powerful link and bond that can be utilized to accomplish great things, particularly when other knights and sages are involved. 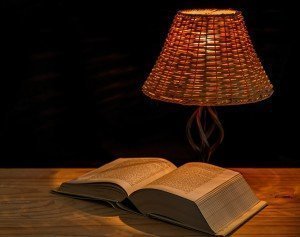 A sage’s gift for wisdom is truly remarkable. As a result, they may be some of the most insightful people you’ll ever come across. Sages are very observant of the world, always striving to understand it as best they can. All of their observations and wisdom make them very philosophical, both literally (teachers, historians, librarians, philosophers, etc.) and symbolically (the friend who often looks for the “deeper meanings” of things).

Sages like to ponder the question “why” a lot, largely in part due to their desire to understand. Consequently, they like to analyze the past to makes sense of various situations, conflicts, people, etc. Sages use these past insights to draw forth great wisdom, making them very helpful people to go to when in need of a different perspective.

Similarly to how a king notices the “big picture,” a sage notices a vast picture. The vast picture they see consists of all the options they might come across, both what could or couldn’t be.

A sage’s phenomenal ability to absorb information sometimes makes them quieter people, making them fantastic listeners. They really take in what you’re saying, leading you to feel fully understood. However, a sage who gets lost in this mental chatter tends to come across a bit dazed, “air headed,” or otherwise mentally preoccupied.

Though it is through all of their understanding and the connections they make, that they have a high potential for developing fantastic memories. Consequently, a sage may feel like they make a great “counselor” for their friends.

Though not always a trait, it’s worth noting that people who identify most as a sage often have very distinct eyes. They’re large, piercing, bright, and very easy to get lost in. As romantic as this might sound to some people, it’s largely due to a sage absorbing the vast picture, and is quite a unique feature.

A sage that hasn’t developed a talent for involving themselves will often ignore conflict situations and escape to their own thoughts, removing themselves from participation. But a mature sage, both mentally and emotionally, will involve themselves, providing unique insights, wisdom, value, and perspectives that might have otherwise gone unnoticed.

Having a sage in your life is like finding a perfect fortune cookie. Sages are fantastic at using their ability to absorb and interpret situations to provide concise and insightful summaries to others. These observations are often beneficial, and can present quite a bit of wisdom very effectively.

Isn’t that ^^^ picture awesome?  It’s actually a painting of the three of us depicting the concept of Knight, King, Sage.

Thanks again for the painting David Hinkle!  You can see the full painting on our Instagram too.

Remember, no personality type is better or worse than the others. Each type has its own strengths and weaknesses and are all a part of you in some way.

Part of what makes a person well rounded is how well they manage the harmony of their knight, king, and sage mindsets. Each is important and deserves time exploring.

Now that you’ve had a chance to read both Part 1 and Part 2 of this guide, be sure get your free cheat sheet!

This makes a great companion to our guide and the “Knight, King, Sage” quiz and will help you refer to the distinct qualities of each mindset quickly and effectively.

About the Author: Nathaniel

Our big dream is to help transform the world we live in, into the something more we all know it can be, by helping people live a more spiritual and fulfilled life. At Modern Monks, we do our best to share helpful and actionable tips, strategies, advice, and practices that comes from looking at that greater truth inside all of us. 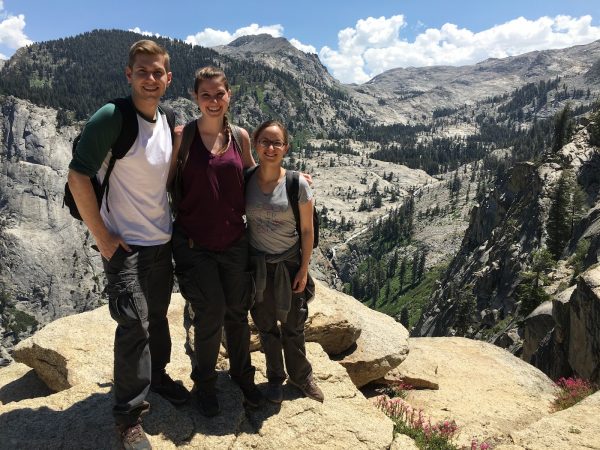 We believe in causing global change through personal & spiritual evolution. Because the brighter you shine, the more light you share.

YOU can change the world!

We hate SPAM & promise to keep your email address safe.

I WANT TO READ: